In just the last few years, Europe has seen a sweeping law for online privacy take effect, approved far-reaching regulations to curb the dominance of the tech giants and on Saturday reached a deal on new legislation to protect its citizens from harmful online content.

The United States may be the birthplace of the iPhone and the most widely used search engine and social network, and it could also bring the world into the so-called metaverse. But global leadership on tech regulations is taking place more than 3,000 miles from Washington, by European leaders representing 27 nations with 24 languages, who have nonetheless been able to agree on basic online protections for their 450 million or so citizens.

In the United States, Congress has not passed a single piece of comprehensive regulation to protect internet consumers and to rein in the power of its technology giants.

It’s not for lack of trying. Over 25 years, dozens of federal privacy bills have been proposed and then ultimately dropped without bipartisan support. With every major hack of a bank or retailer, lawmakers have introduced data breach and security bills, all of which have withered on the vine. A flurry of speech bills have sunk into the quicksand of partisan disagreements over freedoms of expression. And antitrust bills to curtail the power of Apple, Amazon, Google and Meta, the owner of Facebook and Instagram, have sat in limbo amid fierce lobbying opposition.

Only two narrow federal tech laws have been enacted — one for children’s privacy and the other for ridding sites of sex-trafficking content — in the past 25 years.

“Inertia is too kind of a word to describe what’s happened in the United States; there’s been a lack of will, courage and understanding of the problem and technologies,” said Jeffrey Chester, the executive director of the Center for Digital Democracy, a public interest group. “And consumers are left with no protections here and lots of confusion.”

The prospects that any legislation will pass imminently are dim, though regulations at some point are almost inevitable because of the way tech touches so many aspects of life. Of all the proposals currently in front of Congress, an antitrust bill that would bar Apple, Alphabet and Amazon from boosting their own products on their marketplaces and app stores over those of their rivals has the best shot.

A co-author of the bill, Senator Amy Klobuchar, Democrat of Minnesota, said Democratic leaders had promised it would go to a vote by this summer. But even that bill, with bipartisan support, faces an uphill climb amid so many other priorities in Congress and a fierce tech lobbying effort to defeat it.

If history is a guide, the path toward U.S. tech regulation will be long. It took decades of public anger to regulate the railroads through the creation of the Interstate Commerce Commission in 1887. It took nearly 50 years from the first medical reports on the dangers of cigarettes to the regulation of tobacco.

There’s no single reason for the sludge of progress in Congress. Proposals have been caught in the age-old partisan divide over how to protect consumers while also encouraging the growth of business. Then there are the hundreds of tech lobbyists who block legislation that could dampen their profits. Lawmakers have also at times failed to grasp the technologies they are trying to regulate, turning their public foibles over tech into internet memes.

“It’s what I call the ‘big con,’ where the tech companies spin a story that they are doing magic and that if Washington touches their companies with regulations they’ll be responsible for breaking that magic,” he said.

In the vacuum of federal regulations, states have created a patchwork of tech rules instead. California, Virginia, Utah and Colorado have adopted their own privacy laws. Florida and Texas have passed social media laws aimed at punishing internet platforms for censoring conservative views.

Amazon, Alphabet, Apple, Meta and Microsoft said they supported federal regulations. But when pressed, some of them have fought for the most permissive versions of the laws that have been under consideration. Meta, for instance, has pushed for weaker federal privacy legislation that would override stronger laws in the states.

Tech’s lobbying power is now on full display in Washington with the threat of the antitrust bill from Ms. Klobuchar and Senator Charles E. Grassley, a Republican of Iowa. The proposal passed its first hurdle of votes in January, much to the tech industry’s surprise.

In response, many of the tech companies mobilized an extensive lobbying and marketing campaign to defeat the bill. Through a trade group, Amazon claimed in television and newspaper ads that the bill would effectively end its Prime membership program. Kent Walker, Google’s chief legal officer, wrote in a blog post that the legislation would “break” popular products and prevent the company from displaying Google maps in search results.

Ms. Klobuchar said the companies’ claims were hyperbole. She warned that by fighting the proposal, tech companies might be choosing the worse of two difficult options.

“They are letting Europe set the agenda on internet regulation,” Ms. Klobuchar said. “At least we listened to everyone’s concerns and modified our bill.”

The inaction may appear surprising given that Republicans and Democrats are ostensibly in lock step over how tech companies have morphed into global powerhouses.

“Consumers need confidence that their data is being protected, and businesses need to know they can keep innovating while complying with a strong, workable national privacy standard,” said Senator Roger Wicker, Republican of Mississippi. “The U.S. cannot afford to cede leadership on this issue.”

Lawmakers have also forced many tech chief executives — including Jeff Bezos of Amazon, Tim Cook of Apple, Sundar Pichai of Google and Mark Zuckerberg of Meta — to testify multiple times before Congress in recent years. In some of those televised hearings, lawmakers of both parties have told the executives that their companies — with a combined $6.4 trillion in market value — aren’t above government or public accountability.

“Some of these companies are countries, not companies,” Senator John Kennedy, Republican of Louisiana, said in a January antitrust hearing, adding that they are “killing fields for the truth.”

But so far, the talk has not translated into new laws. The path to privacy regulations provides the clearest case study on that record of inaction.

With every effort, industry lobbying groups have denounced the bills as harmful to innovation. Many Republican lawmakers have opposed the proposals, saying they don’t balance the needs of businesses.

Thu Apr 28 , 2022
The states, not Washington, are where tech regulation happens for now, thanks to a deadlocked Congress. What’s happening: Statehouses are drawing money and attention from tech firms and advocates hoping to influence laws on everything from privacy to digital taxes to driverless cars — and now online speech. Driving the […] 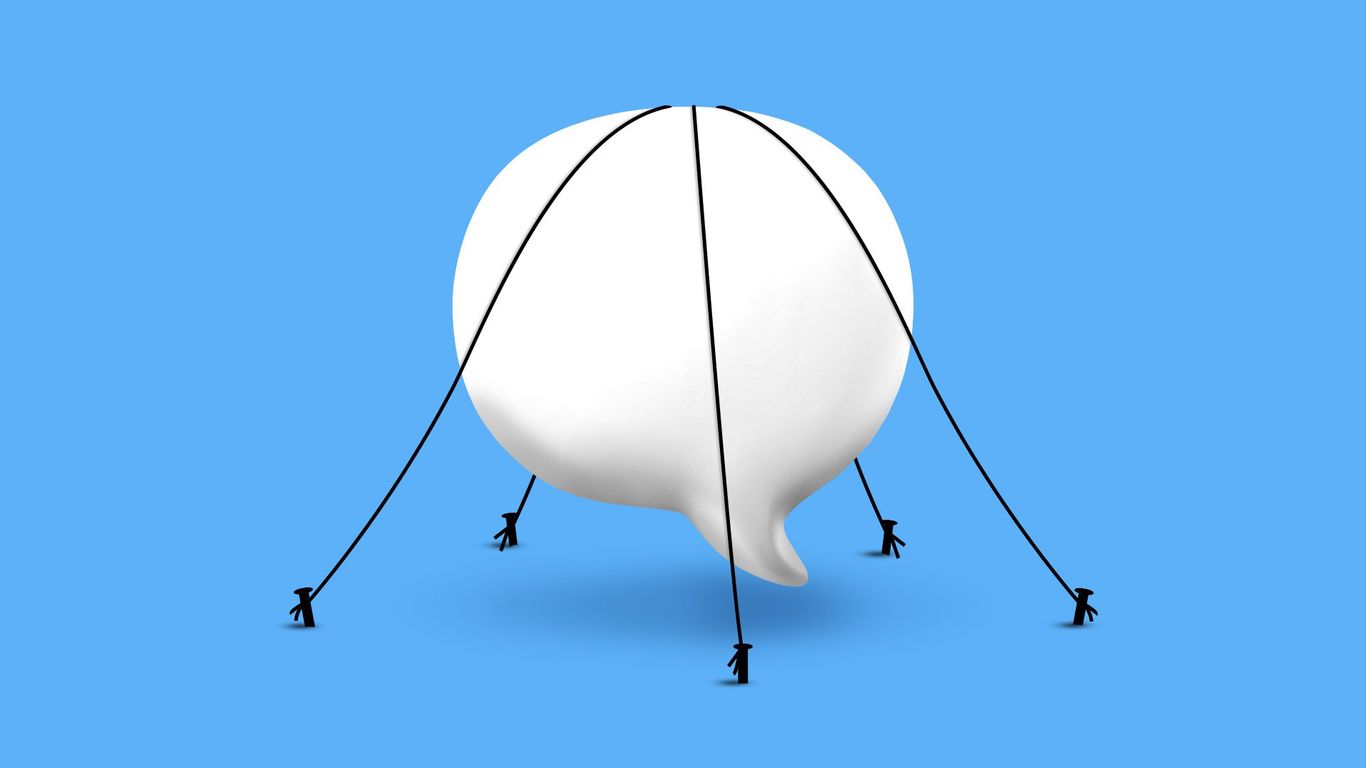