WASHINGTON (AP) — A global computer chip shortage has made it harder for consumers to get their hands on cars, computers and other modern-day necessities, so Congress is looking to boost chip manufacturing and research in the United States with billions of dollars from the federal government.

Both the House and the Senate have passed major legislation on the matter, and the effort is one of lawmakers’ final opportunities before the November elections to show voters they are addressing the nation’s strained supply chains.

Now they have to work out considerable differences in the two bills. And Senate Republicans are already digging in before the negotiations formally begin.

President Joe Biden has made the semiconductor legislation a top priority, but he’ll need the support of 10 Senate Republicans, and perhaps more, to get a bill to his desk. Senate Republican leader Mitch McConnell emphasized that point when congressional leaders recently announced which lawmakers will serve on the committee that works to reconcile the two bills.

“Without major concessions and changes from House Democrats, this legislation has no chance of becoming law,” McConnell said.

House Democrats say their voices need to be heard during negotiations.

“We need to make sure that everyone has input,” said Rep. Suzan DelBene, D-Wash., chair of the New Democrat Coalition, a group that has 19 members participating in negotiations. “We have a strong bill in the House, and I think there’s important components there that the Senate should also consider.”

WHERE THERE IS MUCH AGREEMENT

The Senate and House bills allot more than $52 billion for semiconductor production and research. Grants and loans from the federal government would subsidize some of the cost of building or renovating semiconductor plants.

“The chips funding is absolutely the foundation of this bill — it’s a bipartisan foundation,” said Josh Teitelbaum, senior counsel at Akin Gump, a law and lobbying firm. “I think it is what is driving this toward the finish line.”

SOME OVERLAP, BUT KEY DIFFERENCES

Both bills authorize a big boost in spending for the National Science Foundation, but they have different priorities for the research receiving funding.

The Senate bill provides $29 billion over five years to a new directorate focused on strengthening U.S. leadership in artificial intelligence, semiconductors, robotics and other cutting-edge technologies.

The House bill provides $13.3 billion over five years to a new directorate for science and engineering solutions. It lists climate change, environmental sustainability and social and economic inequality as part of the directorate’s focus.

The two sides will have to work out their competing visions for the National Science Foundation.

The two bills also establish regional technology hubs — with the Senate dedicating $10 billion to the program and the House dedicating $7 billion. The Senate bill calls for 20 such hubs, while the House bill authorizes at least 10.

The seed money would go to regional organizations seeking to advance a variety of economic and national security priorities.

The approach has bipartisan support from lawmakers with big rural and minority constituencies who want to ensure the money is not concentrated in universities or communities where a lot of tech research is already done.

WHERE THERE ARE MAJOR DIFFERENCES

One of the big-ticket items is a $45 billion program in the House bill to enhance supply chains in the U.S. There was no such provision in the Senate bill. The money would provide grants, loans or loan guarantees to companies, local governments and tribes trying to build or relocate manufacturing plants producing critical goods.

“This is a real area of focus for companies and for communities who want to try to bring back manufacturing,” Teitelbaum said. “There’s a lot of interest in including this funding in the final package.”

Another stark difference is on trade. The House reauthorizes a program that provides training and financial assistance for those who lose their jobs or have hours cut because of increased imports. The Senate has no such provision.

Meanwhile, the Senate bill includes a trade provision that would exclude more products from tariffs the Trump administration put in place on goods imported from China. Those exclusions have almost all expired. The Senate bill reinstates them, a priority of business groups such as the U.S. Chamber of Commerce.

The House bill addresses immigration, while the Senate bill does not. It would create a new visa category for entrepreneurs and would allow those with an ownership interest in successful ventures to apply to become lawful permanent residents.

The House bill, unlike the Senate bill, also touches on climate change. It dedicates $8 billion to a fund that helps developing countries adjust to climate change. That could be a nonstarter for Republicans, who object to using U.S. taxpayer money for that purpose.

No one expects the negotiations to be easy.

Copyright 2022 The Associated Press. All rights reserved. This material may not be published, broadcast, rewritten or redistributed without permission.

The World Is in Crisis, and That’s Good for the Economy

Mon Apr 25 , 2022
The war in Ukraine, the economic and social turmoil induced by China’s zero-Covid policy, the European Union’s collective security and defense awakening, and the polarization of American politics have combined to induce global economic pessimism. Yet none of these factors will stagnate long-term global growth. They will accelerate it, driven […] 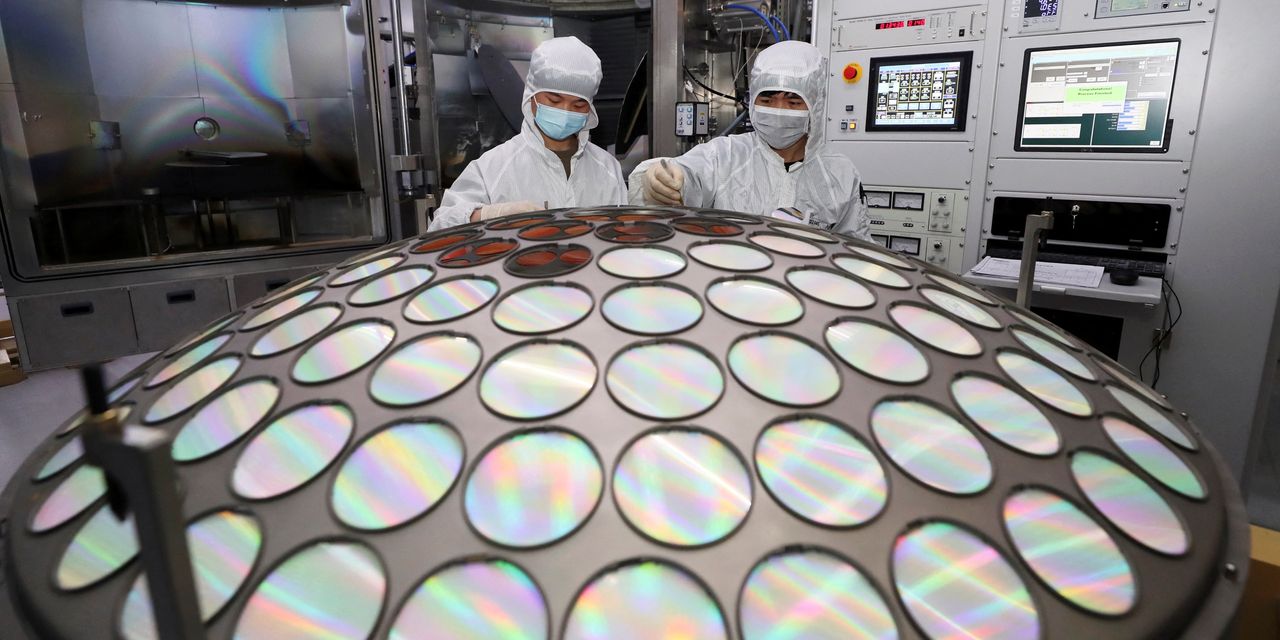