Researchers from Japan design a tunable physical reservoir device based on dielectric relaxation at an electrode-ionic liquid interface.

In the near future, more and more artificial intelligence processing will need to take place on the edge — close to the user and where the data is collected rather than on a distant computer server. This will require high-speed data processing with low power consumption. Physical reservoir computing is an attractive platform for this purpose, and a new breakthrough from scientists in Japan just made this much more flexible and practical.

Physical reservoir computing (PRC), which relies on the transient response of physical systems, is an attractive machine learning framework that can perform high-speed processing of time-series signals at low power. However, PRC systems have low tunability, limiting the signals it can process. Now, researchers from Japan present ionic liquids as an easily tunable physical reservoir device that can be optimized to process signals over a broad range of timescales by simply changing their viscosity.

Artificial Intelligence (AI) is fast becoming ubiquitous in modern society and will feature a broader implementation in the coming years. In applications involving sensors and internet-of-things devices, the norm is often edge AI, a technology in which the computing and analyses are performed close to the user (where the data is collected) and not far away on a centralized server. This is because edge AI has low power requirements as well as high-speed data processing capabilities, traits that are particularly desirable in processing time-series data in real time.

Time scale of signals commonly produced in living environments. The response time of the ionic liquid PRC system developed by the team can be tuned to be optimized for processing such real-world signals. Credit: Kentaro Kinoshita from TUS

In this regard, physical reservoir computing (PRC), which relies on the transient dynamics of physical systems, can greatly simplify the computing paradigm of edge AI. This is because PRC can be used to store and process analog signals into those edge AI can efficiently work with and analyze. However, the dynamics of solid PRC systems are characterized by specific timescales that are not easily tunable and are usually too fast for most physical signals. This mismatch in timescales and their low controllability make PRC largely unsuitable for real-time processing of signals in living environments.

To address this issue, a research team from Japan involving Professor Kentaro Kinoshita and Sang-Gyu Koh, a PhD student, from the Tokyo University of Science, and senior researchers Dr. Hiroyuki Akinaga, Dr. Hisashi Shima, and Dr. Yasuhisa Naitoh from the National Institute of Advanced Industrial Science and Technology, proposed, in a new study published in the journal Scientific Reports, the use of liquid PRC systems instead. “Replacing conventional solid reservoirs with liquid ones should lead to AI devices that can directly learn at the time scales of environmentally generated signals, such as voice and vibrations, in real time,” explains Prof. Kinoshita. “Ionic liquids are stable molten salts that are completely made up of free-roaming electrical charges. The dielectric relaxation of the ionic liquid, or how its charges rearrange as a response to an electric signal, could be used as a reservoir and is holds much promise for edge AI physical computing.”

The ionic liquid PRC system response can be tuned to be optimized for processing a broad range of signals by changing its viscosity through adjusting the cationic side chain length. Credit: Kentaro Kinoshita from TUS

In their study, the team designed a PRC system with an ionic liquid (IL) of an organic salt, 1-alkyl-3-methylimidazolium bis(trifluoromethane sulfonyl)imide ([Rmim+] [TFSI–] R = ethyl (e), butyl (b), hexyl (h), and octyl (o)), whose cationic part (the positively charged ion) can be easily varied with the length of a chosen alkyl chain. They fabricated gold gap electrodes, and filled in the gaps with the IL. “We found that the timescale of the reservoir, while complex in nature, can be directly controlled by the viscosity of the IL, which depends on the length of the cationic alkyl chain. Changing the alkyl group in organic salts is easy to do, and presents us with a controllable, designable system for a range of signal lifetimes, allowing a broad range of computing applications in the future,” says Prof. Kinoshita. By adjusting the alkyl chain length between 2 and 8 units, the researchers achieved characteristic response times that ranged between 1 – 20 µs, with longer alkyl sidechains leading to longer response times and tunable AI learning performance of devices.

The tunability of the system was demonstrated using an AI image identification task. The AI was presented a handwritten image as the input, which was represented by 1 µs width rectangular pulse voltages. By increasing the side chain length, the team made the transient dynamics approach that of the target signal, with the discrimination rate improving for higher chain lengths. This is because, compared to [emim+] [TFSI–], in which the current relaxed to its value in about 1 µs, the IL with a longer side chain and, in turn, longer relaxation time retained the history of the time series data better, improving identification accuracy. When the longest sidechain of 8 units was used, the discrimination rate reached a peak value of 90.2%.

Input signal conversion through the ionic liquid-based PRC system. The reservoir output in the form of current response (top and middle) to an input voltage pulse signal (bottom) are shown. If the current decay (dielectric relaxation) is too fast/slow, it reaches its saturation value before the next signal input and no history of the previous signal is retained (middle image). Whereas, if the current response attenuates with a relaxation time that is properly matched with the time scales of the input pulse, the history of the previous input signal is retained (top image). Credit: Kentaro Kinoshita from TUS

These findings are encouraging as they clearly show that the proposed PRC system based on the dielectric relaxation at an electrode-ionic liquid interface can be suitably tuned according to the input signals by simply changing the IL’s viscosity. This could pave the way for edge AI devices that can accurately learn the various signals produced in the living environment in real time.

Computing has never been more flexible!

Kinoshita Kentaro is a Professor at the Department of Applied Physics at Tokyo University of Science, Japan. His area of interest is device physics, with a focus on memory devices, AI devices, and functional materials. He has published 105 papers with over 1600 citations to his credit and holds a patent to his name.

Tokyo University of Science (TUS) is a well-known and respected university, and the largest science-specialized private research university in Japan, with four campuses in central Tokyo and its suburbs and in Hokkaido. Established in 1881, the university has continually contributed to Japan’s development in science through inculcating the love for science in researchers, technicians, and educators.

Sun Jun 12 , 2022
The young man in the jeans and sunglasses proudly shows off his gun in the YouTube video, then instructs his 1 million subscribers how to fit extra ammo on his belt, and offers a chilling observation. “Pretty cool for active shooter stuff, if you need extra mags.” It’s a typical […] 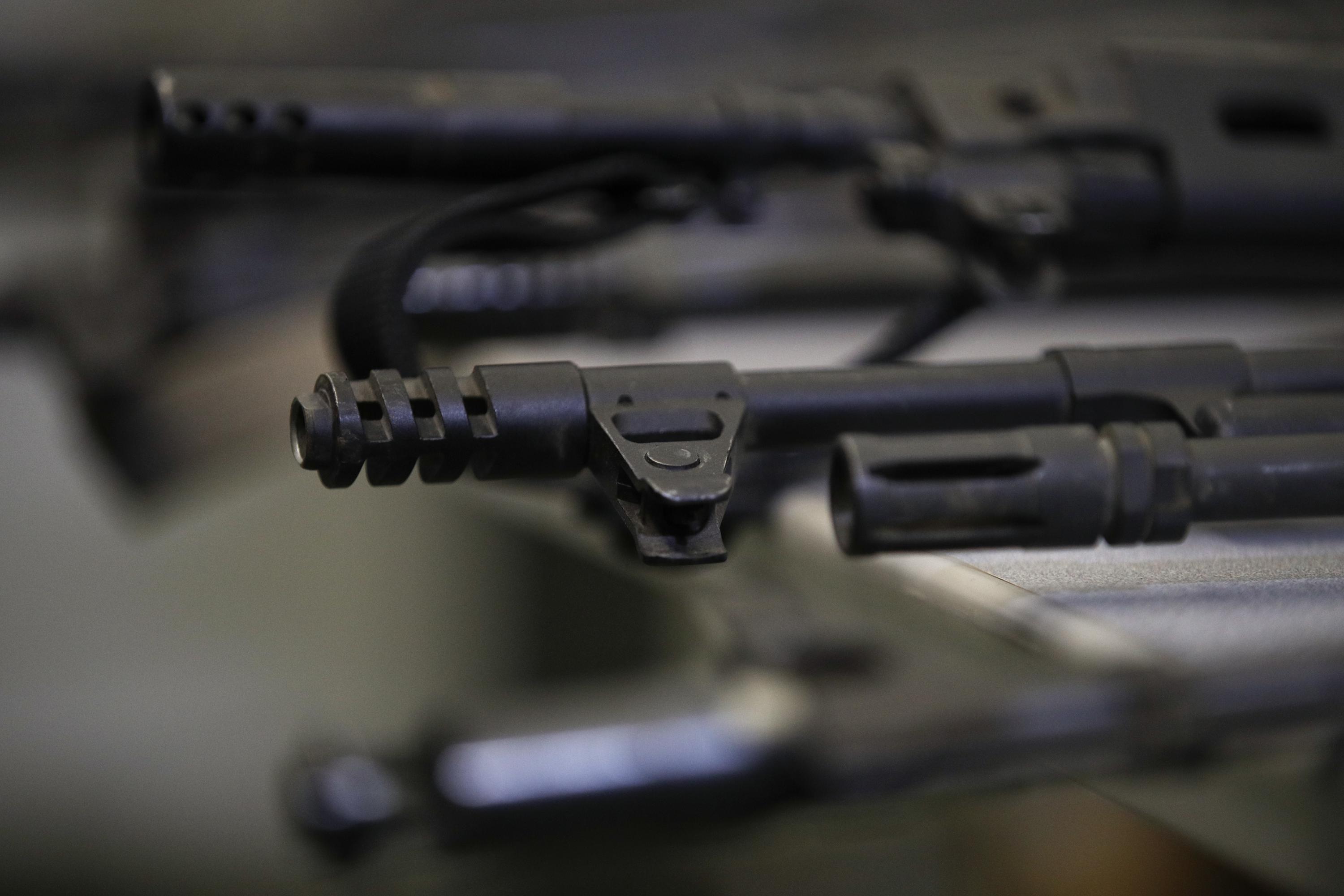