Tiger Global Management rode the tech boom like no other investment firm. It was funding more startups than any other U.S. investor when the market peaked last year, and had tens of billions of dollars from pensions, endowments and rich clients riding on some of Silicon Valley’s hottest stocks.

With tech values plunging, the New York firm is humbled. The market rout has vaporized years of gains in a matter of months, calling into question Tiger’s big bets.

Fueling Tiger’s rise was a double-barreled business: A stock-picking arm put money mostly into public companies, while its venture-capital funds invested in startups throughout the world. Both bet bigger on tech as the market crested, leaving the firm exposed on both fronts.

At the end of April, the rout had wiped out roughly two-thirds of the gains Tiger had made in those stock funds since its founding, estimates money manager LCH Investments.

Meanwhile, Tiger’s venture-capital funds are bracing for a slowdown in the tech-startup sector. As companies pivot from rapid growth to layoffs and cash preservation, write-downs on Tiger’s venture funds—valued at $64 billion at year-end—have begun and more are likely. Large venture-capital firms are warning of harsh times to come.

Cheap money reshaped Silicon Valley over the past decade, as pension funds, rich investors and celebrities turned to well-connected money managers to put money in startups and fast-growing tech companies. As stocks rose during the pandemic, gains by tech funds attracted more investors into the sector, even as valuations pushed well above historic norms.

Tiger, led by 46-year-old founder Charles “Chase” Coleman, stood out in the frenzy. Its venture-capital business in March raised a $12.7 billion fund, one of the industry’s largest ever. Tiger overall invested in 361 deals in 2021, up from 16 deals for all of 2017, more than any other U.S. manager, according to research firm PitchBook Data Inc. It often outflanked longstanding venture firms by moving faster and agreeing to more generous terms with startups—sometimes offering money to companies hours after meeting, some startup founders say.

“The timing just couldn’t have been worse,” said David Bahnsen, investment chief for Bahnsen Group, a wealth-management firm based in Newport Beach, Calif., which gained access to Tiger’s hedge fund in November—right in time for the fund’s losing streak. A loss outside a recession “of that magnitude is completely, totally unacceptable,” he said.

Tiger’s hedge fund has recently focused more on shorting stocks, a way to shield against losses, it has told investors. It has said it is buying in areas where it believes prices have fallen too much, such as in some China-based electric-vehicle stocks.

And the firm told investors it is concentrating on fewer stocks, cutting its management fee by 0.5 percentage point and allowing investors to withdraw more of their money this year than it historically allowed.

Its venture-capital arm, run by Scott Shleifer, 44, has cut back on deal-making, particularly investments in startups that are nearing IPOs and need more cash. Tiger also has steered startup investments toward younger companies, the company has told startup founders—a risky bet that will take years longer to bear much fruit.

Tiger hasn’t commented on the losses publicly but has written regular missives to investors in its stock-picking funds, which also include some startup investments, expressing a mix of contrition and continued confidence in tech. “Our team remains maximally motivated to earn back recent losses,” Tiger wrote last week, adding it was “highly confident in our investment process and the returns we will generate over the long term.”

It told investors in an April letter: “In hindsight, we should have sold more shares across our portfolio in 2021 than we did.” As of March, it said, investors in its hedge fund at its 2001 genesis would still have averaged over 16% annual returns. A Tiger spokeswoman said the venture business has returned over $28 billion in profits to investors since inception—including more than $6 billion in the last 18 months. Its early investors have averaged over 20% annual returns, a person familiar with the numbers said.

Tiger Global’s genesis was in another tech boom. Famed hedge-fund manager Julian Robertson saw mounting losses before the dot-com bust in 2000 at his Tiger Management even as he predicted the collapse in internet and technology stocks to come. He closed the firm in 2000 and seeded a handful of protégés with funding, including Mr. Coleman.

Mr. Coleman, then 25, initially named his firm Tiger Technology, focusing on the tech sector. He racked up wins—including by shorting tech stocks—and recruited Mr. Shleifer, who worked as an analyst at Blackstone Group.

They extended their bets from public companies to private startups, creating a venture-capital arm that hunted for copycats of big U.S. firms in markets such as China and India. Its first venture fund turned $71 million into $823 million, according to Tiger documents reviewed by The Wall Street Journal. Profits from early investments in

now a Chinese e-commerce giant, followed, while the hedge fund kept up years of success.

The duo became multibillionaires. Mr. Coleman has told investors he has nearly all his net worth invested in Tiger. He paid $36.5 million for an apartment on Manhattan’s Upper East Side in 2008, subsequently combining it with a $52 million apartment one floor down.

Mr. Shleifer bought an $18 million Upper East Side apartment and early last year added a $122.7 million oceanfront Palm Beach, Fla., mansion on land once owned by Donald Trump, one of the most expensive home sales of all time. He travels the world in a Gulfstream previously owned by Steve Wynn’s Wynn Resorts, public records show.

As the tech boom raged through the late 2010s, they added bets on companies like used-car website Carvana Co., while the venture fund invested early in Peloton Interactive Inc. and shoe maker Allbirds Inc. Tiger handed out Allbirds sneakers to attendees at a meeting of its investors before the pandemic, an investor said.

As tech stocks surged with the pandemic, the duo bet bigger on the sector. Wall Street promoted companies in business software and home delivery, viewing the pandemic as a catalyst for rapid adoption of their products and apps. Tiger agreed: In a summer 2021 slide presentation to investors, it said it had a “relentless focus” on “the Internet, the defining economic theme of this generation.”

When Tiger had built a stake of more than $2 billion in Snowflake in late 2021, the startup’s market capitalization was around 100 times its annual revenue. Historically, software firms have been valued closer to five times revenue. Snowflake, Zoom and DoorDash shares are all down more than 60% since November. Carvana’s stock is down more than 90% from its high.

It was Tiger’s venture business that truly took off. Armed with booming valuations from earlier fund bets on videogame platform Roblox Corp. and nicotine-vaping company Juul Labs Inc., Mr. Shleifer went on a fundraising spree, finding a wellspring of eager investors. Tiger set out to raise $3.75 billion for a fund in 2020 and ended up with $6.7 billion, it said in securities filings.

In 2021, as some veteran venture capitalists warned that valuations in the sector were unsustainable, Tiger sought $10 billion for a fund, extolling the virtues of fast-growing software companies to potential investors. It finalized the fund in March 2022 with $12.7 billion in commitments. The firm neared $100 billion in assets under management, an internal goal of some Tiger executives, people familiar with the firm said.

Mr. Shleifer likes to remind investors he has about $1 billion invested personally in the $12.7 billion fund, a large contribution for venture capital. Others investing included giant retirement funds—California’s Calstrs and Calpers funds committed a combined $400 million for the latest fund—and an array of wealthy individuals via banks including JPMorgan Chase & Co. and Morgan Stanley.

Privately, some of Tiger’s investors have grumbled about the rapid clip at which the firm was raising successive venture funds. Greg Bohlen of investor Union Grove Venture Partners said he stopped investing with Tiger’s venture funds around a decade ago given the fundraising growth, which has kept him away since. “We were concerned with the acceleration of pace,” he said.

Tiger took a different approach to funding from that of many Silicon Valley venture firms, which like to be actively involved with founders, acting as coaches for CEOs. Those firms often take board seats, push for additional investment terms that protect them in downturns and like to take their time to research companies before investing.

Some startup founders said Tiger instead tells them its goal is to stay out of the way. If a company wants connections, Tiger can make them. If founders want research, Tiger will commission consultants for them. But Tiger’s main offering is money, the founders said: It comes quickly and typically without new strings attached.

Other venture investors call it an index-fund-like approach to venture capital—making it vulnerable to a sector-wide chill. While traditional firms concentrate their bets hoping for one or two winners to drive their returns, Tiger spreads bets broadly, sometimes backing competitors. Its recent approach has targeted top young companies in business software, payments and other sectors that are increasing revenue so fast that they can become giant even if valuations throughout the sector fall, Tiger has told investors.

Tiger outsources much of its background research to consultant Bain & Co., where analysts interview customers and create dossiers on prospective companies. Some founders said they were amazed Tiger could accurately estimate nonpublic revenue and other figures. Tiger tells startups that it is one of Bain’s largest clients and that it pays the company more than $100 million a year, according to some founders. Bain didn’t respond to requests for comment.

Ali Javid, chief executive of Wrapbook, an entertainment-industry software company he co-founded in 2018, set out to raise Series B funding—an early round of funding—in October. He emailed a Tiger partner, who quickly asked to speak the next morning at 8:30. When they spoke, “He had already gone through our entire Series B deck,” Mr. Javid said, referring to his fundraising presentation. “Three hours later, I got a term sheet for $100 million.”

The deal valued the company at $1 billion, up from about $150 million in a funding round seven months earlier, according to PitchBook. “Tiger offered us fuel and freedom to execute,” Mr. Javid said.

Tiger led a $555 million round of funding in fall 2021 into Moonpay, a Miami-based startup that backers call the PayPal of cryptocurrency. The so-called Series A early round valued it at $3.4 billion, an investment the three-year-old company described as historic, given its size and valuation for such a young company. The average early-stage startup funding round is less than $20 million, according to PitchBook.

Then came the pullback. The market capitalization of cryptocurrencies has fallen by over $1.5 trillion since November, roughly halving the value, and trading volume has plunged in nonfungible tokens—virtual deeds, often tied to art, that can be traded—a Moonpay selling point.

Similar trends are occurring throughout the startup sector, where leading figures are warning startups to turn from hypergrowth to survival—cutting jobs and projections.

Tiger’s write-downs of its startup bets in its venture and stock-picking funds have been modest thus far compared with its public holdings, people familiar with Tiger’s numbers said. But a venture fund’s performance often lags behind drops in public markets. Private companies are harder to value, and managers often rely on a company’s valuation at a prior fundraising round.

Early this year, Tiger told investors the $2.3 billion it invested across numerous funds in ByteDance was worth about $6.4 billion—a huge win. But since, it has written down its stake by over $2 billion, estimating ByteDance’s valuation at less than $300 billion, people familiar with the numbers said.

Tiger is looking ahead as it cuts. While many venture investors pause fundraising during downturns, Tiger has begun talking to investors about raising its next fund, according to people who have spoken to the firm, hoping to finish fundraising early next year.

Corrections & Amplifications
Sequoia China valued ByteDance Ltd. at $180 billion in 2020 and has since marked it higher, according to a person familiar with the matter. An earlier version of this article incorrectly said Sequoia China’s current valuation of ByteDance is $180 billion. (Corrected on June 8.) 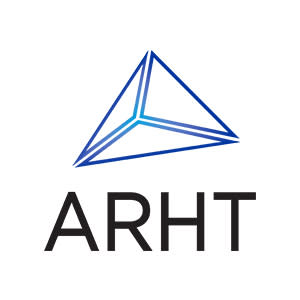