ST. PAUL — Minnesota lawmakers of both parties are backing bills this session that would ban social media platforms from using algorithms to target children.

Rep. Kristin Robbins, R-Maple Grove, who has three daughters, said she became particularly concerned about social media’s impact on minors after reading a series of “disturbing” news reports detailing how algorithms guided children toward content about eating disorders and drug use. Worried for the safety of her own children and others, Robbins introduced a bill.

“I really do hope this can be a model for the rest of the country. We cannot wait for the federal government to take action,” she told the House Commerce Committee in March. “Too many kids are struggling, or worse, dying.”

Robbins said her bill takes a straightforward approach to address social media’s impact on kids: It would simply ban platforms from using algorithms to shape content delivered to users under the age of 18. Social media platforms use an algorithm-driven process to deliver content to users based on interest and relevance rather than chronologically.

Dr. Bryn Austin, with the Harvard School of Public Health, testified in favor of the bill and offered lawmakers context on the pervasiveness and potential harm of social media.

“In an increasingly digital world where a quarter of adolescents are on social media almost constantly, social media platforms continually bombard youth with highly visual content that is extremely engaging by design,” she testified. “Among 13-18-year-olds, 63% use social media every day and although the federally set minimum permissible age to use social media is 13, 13% of children as young as 8 to 12 use social media daily.”

During the March hearing, technology lobbying groups spoke out against the bill, saying it was too broad and could potentially violate First Amendment free speech protections. Jennifer Huddleston with NetChoice said it could also potentially foster a false sense of security for parents and prevent minors from accessing other useful websites that use algorithms, such as online bookstores.

“While it’s laudable to want to take reasonable steps to protect minors, this type of proposal is likely to have spillover effects on information that might otherwise be constitutionally protected,” Huddleston said.

Social media has been in the crosshairs of many politicians in recent years as evidence continues to build on its negative impact on children’s mental health. Members of Congress of both parties have found common ground in going after immensely powerful web companies such as Facebook, and have introduced legislation to curb their power.

State Lawmakers have also taken aim at some of the tech giants. Last year, the North Dakota Legislature considered a bill that would have banned Google and Apple from forcing application developers to use their app stores. The bill ultimately failed.

“To see the damage that social media can wreak on our communities — Jan. 6 comes to mind — beyond eating disorders, beyond any of that, there are huge, tremendous problems being created by algorithms,” Kotyza-Witthuhn said. “And so I think allowing companies to target our children as minors is somewhere we can all come together and take action.”

Commerce committee members voted 15-1 to advance the proposal, though it has not seen further movement since March. There is a Senate Companion to the bill introduced by Lino Lakes Republican and Assistant Majority Leader Roger Chamberlain that has also passed a committee but has not been taken into consideration on the Senate floor.

How to get promoted: Five ways to climb the ladder and have a successful career

Sat May 7 , 2022
Image: iStock Strong academic qualifications and solid work experience can help you get your foot in the door, but people who climb the ladder and have a successful career are defined by what they do in the workplace, rather than what they achieved on paper. So, how can you get […] 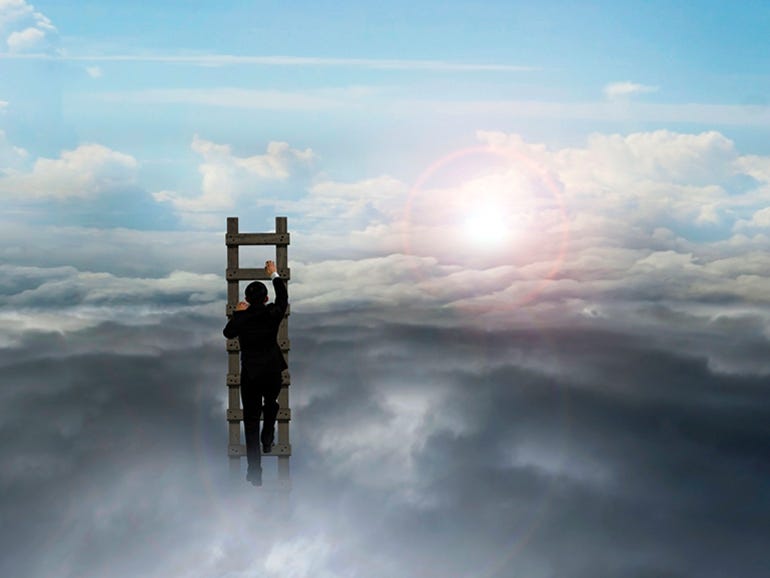