The app — a Twitter look-alike where posts are called “truths” — has seen its downloads plunge so low that it has fallen off the App Store charts. The company is losing investors, executives and attention. And though his adult sons just joined, Trump himself hasn’t posted there in weeks.

Devin Nunes, the former member of Congress from California who gave up the seat that he held for 19 years to run the company, had said the app would be “fully operational” by the end of March. But it has been hamstrung by technical issues, including a waiting list that has blocked hundreds of thousands of potential users during its crucial first weeks online.

Trump has privately fumed about the app’s slow rollout and has mused about joining other platforms such as Gettr, one of its biggest competitors, according to people familiar with the matter who spoke on the condition of anonymity because of the sensitivity of the subject.

Spurred by the former president’s frustration, Nunes has worked to install his own people atop the troubled company, leading to the resignations of its chiefs of technology, product development and legal affairs, according to the people familiar with the turmoil. The departures were first reported by Reuters and Politico.

They said Nunes has regularly traveled to Trump’s Mar-a-Lago Club in Palm Beach, Fla., to brief the former president and discuss the platform’s issues. Trump is holding out hope that the platform will eventually be lucrative, but he has been reluctant to post on it because “it is not ready for prime time,” a close adviser said.

He has, however, continued to pay attention to Twitter, which he has repeatedly criticized as irrelevant since the site banned him last year. He still reviews tweets from politicians and members of the media from time to time, two of the people said.

Opinion: I tried Trump’s Truth Social so you don’t have to

Truth Social was planned to be the flagship product of the Trump Media & Technology Group, a start-up that Trump’s advisers said would become a “media powerhouse” encompassing online video, entertainment and news.

But its early issues have hampered Trump’s ability to center himself in the online spotlight and raise money from his fans.

The app, which was downloaded roughly 200,000 times on its launch day, plummeted to an average of 10,000 installs a day last month, according to estimates from the analytics firm Sensor Tower. The app has been installed roughly 1.2 million times since its Feb. 21 launch.

Trump recently had dinner at Mar-a-Lago with billionaire Peter Thiel, a longtime investor in Facebook’s parent company, Meta, who plans to step down from its board this year to focus on other ventures. It’s unclear whether they discussed Truth Social, but Thiel is a major backer of Rumble, a video site popular with conservatives that now offers Trump’s app some back-end technical services.

Representatives for Trump, Trump’s company and Thiel did not respond to requests for comment.

Some right-wing influencers have soured not only on Truth Social — saying its online censorship policies are just as problematic as those of the Big Tech sites they’ve criticized — but also on the entire prospect of a safe space for conservative conversations online, arguing that the echo chamber can limit their ability to reach an audience.

But even without setting the Internet on fire, Truth Social could give Trump some perks. The social network’s sign-up page could allow the company to tap into the phone numbers and email addresses of a vast assortment of potential donors and voters.

And if the U.S. Securities and Exchange Commission approves its merger with Digital World Acquisition, a “special purpose acquisition company” (SPAC) used for “blank-check” investing, Trump’s business could gain access to the more than $1 billion that investors have committed since the company’s grand ambitions were announced late last year.

But even that could be in doubt. The merger remains under investigation by the SEC, which voted last week to make all SPAC offerings legally liable for the financial projections they make to investors. That change in policy could open companies that offer wildly optimistic projections to potentially costly investor lawsuits.

A year into his social media exile, Trump is working to get back online

The Trump SPAC saw a flood of cash soon after launch, but its share price has plunged since the app debuted, threatening the cash cushion the company could need for growth.

The share price slid 10 percent on Monday upon reports of the executives’ exits and started Tuesday with another 10 percent drop. The SPAC also missed a deadline on Thursday to file its annual report with the SEC, saying it would need up to 15 more days to complete the work.

Prospective Truth Social users have complained for weeks of a seemingly unmoving wait list that is longer than 1 million people. One user who had signed up shortly after the app’s launch said that, when he finally got an invite, the welcome email directed him to a broken link.

Those who do join are greeted by Trump’s official account, which has 846,000 followers — less than 1 percent of his lost Twitter following — and a single post from nearly two months ago saying, “Get Ready! Your favorite President will see you soon!”

Trump’s former deputy chief of staff Daniel Scavino Jr. has posted 263 “truths,” starting with a post showing a red ocean wave and the message, “THERE ARE MORE OF US—THAN THERE ARE OF THEM! LET’S GOOOOO!!” He had posted nearly the same to Twitter.

Among the app’s recent additions are Trump’s sons Donald Trump Jr. and Eric Trump, who got accounts last week. Eric has posted eight times, including to ask, “If Trump were to create a Hard Cider (thinking of adding this seasonally to Trump Winery), what should it be called??” Trump Jr.’s first post was, “Who’s ready for some truth!”; the second was a meme image of actor Jada Pinkett Smith with hot dogs in her mouth.

Trump’s wife, Melania, has not posted to the app in three weeks. There are no officially marked accounts for Trump’s daughter Ivanka or his former vice president, Mike Pence.

Some of the biggest meme-sharing accounts on Instagram have started Truth Social accounts in hopes of capitalizing on new audiences. But engagement on the app remains staggeringly low: Besides #Truth, all of the top-trending hashtags — including #Ukraine, #Inflation and #GasPrices — are marked in the app as having fewer than 1,000 “people talking.”

The app has faced the same issues that have plagued more established social networks such as Facebook and Twitter, including being flooded with false information, doctored photos and foreign government propaganda. Some users, including longtime Trump booster Roger Stone, have also complained that the app censored their posts.

But Truth Social users have also faced more basic technical headaches. The app’s content is viewable only within its Apple iPhone app — there’s no Android version to download — and links to individual “truths” don’t open in a standard Web browser. Last month, the app’s developers also reported that, due to database memory issues, users were “currently experiencing slow distribution of truths.” (The issue, they said, has since been fixed.)

The company’s recently resigned chief legal officer, the South Florida lawyer Lori Heyer-Bednar, said in an interview at the Conservative Political Action Conference in February that the company was working round-the-clock to clear the app’s waiting list and resolve other issues, saying, “We’re working as fast as we can.”

She gave a “shout out” to the Truth Social team, saying it had “been absolutely amazing in launching this product, not only on time, but early. Once again, Trump did it. Promises made, promises kept.” Two of those executives have since left the company. Heyer-Bednar did not respond to requests for comment.

Trump has struggled to gain online attention since being blocked by all mainstream social networks last year. His last big attempt at online communication, a blog, was snuffed after 29 days.

He has continued to send out messages about his products, TV appearances and golf game via email. Republican campaign groups, however, have routinely used the Truth Social name in fundraising emails, saying that the platform is “already #1” and that people should sign up for the social network “RIGHT NOW to prove that you are a Patriot.”

Some Trump aides have turned their attention to another product, a recently launched news aggregation app aimed at conservatives, MxM News, that could serve as an alternative to the Drudge Report, which once praised Trump but has since become a focus of his ire. After Trump Jr. promoted it last month, some people online said they hope it will be as successful as Truth Social.

Douglas MacMillan and Magda Jean-Louis contributed to this report.

10 Key Benefits Of SEO For Your Business 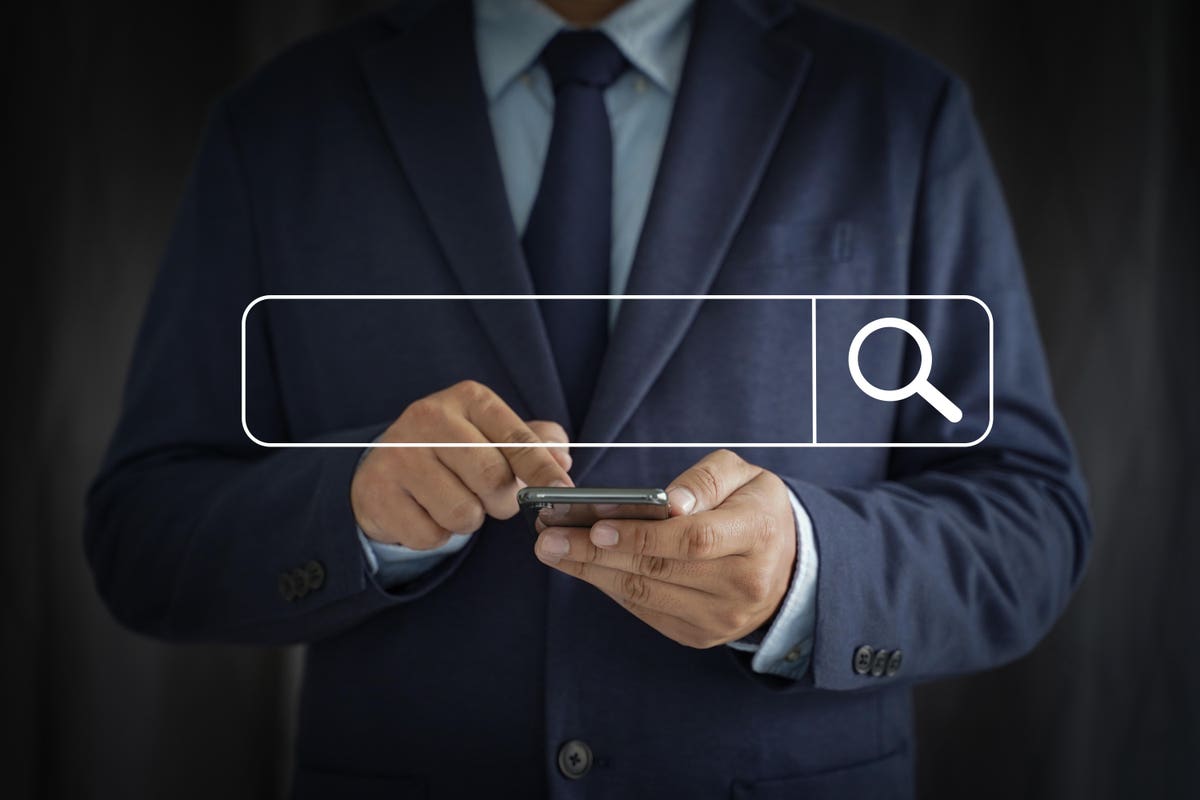